The International College of Music (ICOM), established in 1995, is registered with the Malaysian Ministry of Higher Education and its full-time programs are accredited by the Malaysian Qualifications Agency (MQA).

Officially opened by the Prime Minister of Malaysia, ICOM’s opening witnessed its induction to the Berklee International Network (now rebranded as Berklee Global Partners), together with its offering of Malaysia’s first “3+0” UK degree in professional music.

ICOM is a recipient of the ISO 9001:2015 Quality Management System, and holds the much vied for Multimedia Super Corridor (MSC) status for music technology education.

From 2005 to current, ICOM initiated numerous nation-building and corporate social responsibility projects and has contributed over RM10 million towards The ICOM Patriotic Songwriting Competition (2001), The ICOM Asian Tsunami Relief Concert (2005), GEGAR-U, and a range of music teacher training and music industry training and development programs.

ICOM’s vision is to be THE music education hub in Asia.

The College strives to offer innovative programs that produce employable graduates in an environment that fosters diversity and honors compliance to legal authorities.

ICOM’s leadership is comprised of the Founder President, Executive Officers and the Board of Governors.

Tan Sri Dato’ Seri A. P. Arumugam is an engineer by education and is a highly revered industrialist who owns and leads his business interests in manufacturing, oil and gas, telecommunications, ski resort, financial services, mineral water, agriculture, travel and tours, and education. He takes an active interest in public service and is the President of St. John’s Ambulance (Wilayah). He is a Hon. Fellow of St. Catherine’s College and a Member of the Chancellor’s Court at the University of Oxford (UK). He is also the member of the governing council of Imperial College, UK and Universiti Multimedia, Malaysia.

Dato’ Kamarudin Bin Abu has been a Malaysian diplomat for many years. His last posting prior to retirement was as the Malaysian High Commissioner to the United Kingdom. He was one of the original members of the committee to staff the members of the Malaysian Philharmonic Orchestra. He is currently a Director with ING Insurance Berhad, People in Motion and Mahkota Technologies.

General Tan Sri Dato' Seri Panglima Mohamed Azumi Bin Mohamed (Rtd) has more than 40 years' experience in the armed forces and security operations. He is a recipient of the UN medal for Peacekeeping and the French Award Officer Ordre National du Mérite by President Chirac. He has great contribution to the UN Mission in Iraq/Kuwait following the First Gulf War and the deployment of Malaysian Peacekeepers to Somalia, Kuwait, Iraq, Bosnia Herzegovina and Cambodia.

Dato’ Sri Haji Abd Rahim has more than 30 years' experience in the government departments. He was Deputy Secretary General of Treasury, Ministry of Finance before his retirement. He held various posts in government departments, namely Federal Treasury, Ministry of Youth and Sports, Prime Minister’s Department, National Registration Department, Institute of Islamic Understanding Malaysia and the State Financial Officer of Perlis and Pahang respectively before being appointed as the State Secretary of Pahang in 2001. Dato' Sri is also the chairman/directors of several other private companies.

Irene Savaree is a musician and educationist who was instrumental in the establishment of ICOM in 1993 and continues her leadership role in governance, curriculum development, strategic enrolment management and institutional research and assessment. She enjoyed an illustrious career as an EMI vocal recording artiste with the group Cenderawasih from 1984-86 and was a music entrepreneur prior to joining ICOM. Ms Savaree has an MSc in Higher Education (Drexel University, USA) and a Bachelor of Music in Commercial Arranging (Berklee College of Music, USA).

The faculty team is made up of highly experienced professionals and qualified educators who combine the passion for teaching with a broad range of industry experience in music performance, arranging, music production and music business. The faculty members bring with them a wealth of knowledge, experience and industry networking into the ICOM classrooms and they play a significant role in mentoring and shaping students’ development and growth.

Ruhizani Alias is a Dean of Academic Affairs at ICOM. She is a media practitioner by training and education. She has 17 years of experience in media industry as a practitioner and academician. A consultant for curriculum development and MQA documentations. Her professional background covers marketing communication, public relations and new media, writing, and project management. Besides media, her area of expertise is assessment, Outcome Based Education and quality assurance. She serves on the Malaysian Qualification Agency’s (MQA) panel of experts for media and communication field. Ruhil is an avid reader and traveler who enjoys reading philosophy, psychology and culture. She has a Master of Education in Instructional Design and Bachelor of Communication in Public Relations. 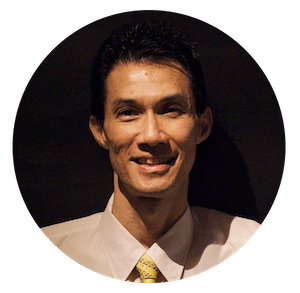 Sze Kin Sun is a Berklee College of Music graduate with a Bachelor of Music in Music Synthesis and a Master of Arts from Middlesex University. He is an Avid Certified Instructor for Pro Tools and Sibelius, an Apple Certified Trainer for Logic Pro X and an HRDF certified trainer. Sze is also a member of the MQA Panel of Experts who developed the program standards for performing arts in Malaysia. He is an ICOM veteran from the early days of the institution's establishment and was the video editor and mastering engineer for the 2015 ASEAN theme song. 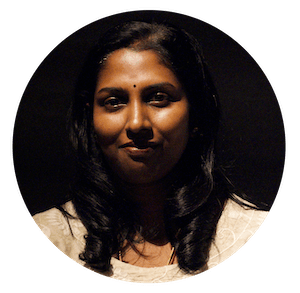 Thilagawathy Vellu is the Head of Programs of Academic Affairs at ICOM. She has a Master in Business Administration and has more than 15 years of experience in education industry. Thilagawathy has vast experience and worked closely with MoHE, MQA, ISO audits, PTPTN and embassies for students’ sponsorship and financial assistance. 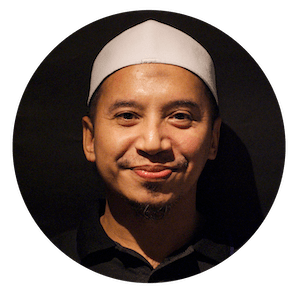 Farid plays piano, saxophone, and clarinet. He has over 20 years of teaching experience from school music program to tertiary education in music theory, performance, contemporary harmony, arranging for small band to big band and ensembles and individual instruction. He has been in the performance arena since 1999. Currently a resident pianist at the Shangri-La hotel in Kuala Lumpur. He has performed in Malaysian orchestras in the woodwind section as a classical and jazz performer. He has a Bachelor of Music degree from the Berklee College of Music (USA). 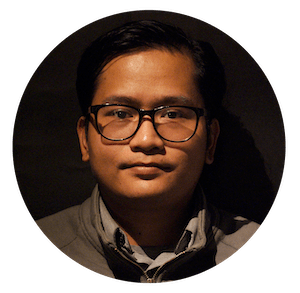 Aiman Misri is an audio engineer by training and education. He owns Kelawar Records, an independent label and oversees all aspects from music production to marketing the album releases of artists under his label. He performs as a rapper in Malaysian Hip Hop and R&B music concerts and acts as mixing engineer for various artists. He has worked in live sound and also in post-production for animation. After lecturing at LimKokWing University, Aiman now teaches audio production at ICOM. 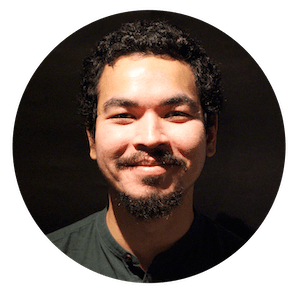 Ali Aiman plays the piano and trumpet. He is also a composer and music producer who has written, arranged and produced his compositions for his own album, as well as for numerous productions such as film score for "Gol & Gincu Vol 2" by Red Communications Sdn Bhd (2018), main title for telemovie "SuatuKala" for Astro First Exclusive (2018) and the Opening Music for Citrawarna 2017 for the Ministry of Tourism and Culture Malaysia (MOTAC). He teachers classroom and individual instruction in piano, commercial composition, music and sound design for visuals, and commercial studio production. An ICOM alumni, he graduated from the Berklee College of Music with a Bachelor of Music degree in Contemporary Writing and Production. 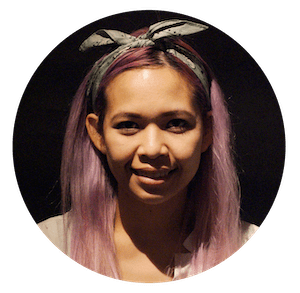 Irma, a singer and songwriter who has arranged and produced her own music and also other artists locally and internationally. She teaches music performances, contemporary music history, ear training and many more. An ICOM alumni, Irma graduated from the Berklee College of Music with a dual Bachelor of Music degree in Contemporary Writing and Production and Performance. 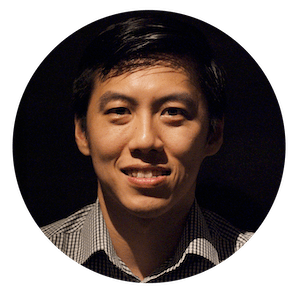 Wee Lern is an ICOM alumni who graduated with a Bachelor of Music (Hons) in Professional Music, awarded by the University of Westminster, UK. He is a classically trained pianist who specializes in jazz and contemporary music styles. He performs extensively in clubs, festivals and concerts with Malaysia’s legendary and upcoming artists and is recognized readily for his virtuoso skills. He teaches classroom and individual instruction in piano, contemporary harmony, instrumental labs and ensembles and plays an active role in curriculum development. Outside of ICOM, Wee Lern is one of the organizers of the annual Malaysian Jazz Piano Festival (MJPF) where he performs and conducts workshops. 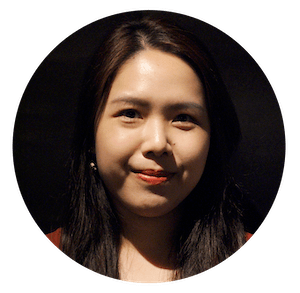 Soo Ling is a classically trained pianist who teaches traditional harmony compositions, music theory and music history in ICOM. Her expertise in classical western music theory is compatible with her knowledge in the ethnic music. Soo Ling’s main instrument is piano (ATCL) and she also plays flute, marimba, traditional Chinese percussions and Gamelan. She has a Master of Arts Degree in Ethnomusicology from Universiti Sains Malaysia (USM), Penang. 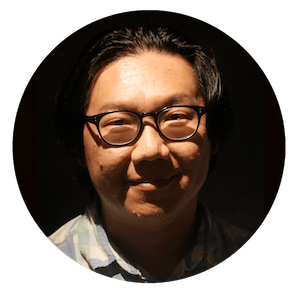 Alex Tan has been actively involved in Music Production for more than a decade. He founded StarMount Studio, one of the leading studio in high fidelity audio recording (DSD 256) in the S.E.A region. Alex is an ICOM alumni who graduated with a Bachelor of Music (Hons) in Professional Music, awarded by the University of Westminster, UK. He works as Musician, Audio Engineer and Music Producer for local and international artistes.

Boasting an investment of over RM45 million in facilities, ICOM is one of the best-equipped music colleges in Asia. Every square foot space across the 6 floors of the campus building is dedicated to meet the highest standards for teaching and learning.

ICOM has established key institutional partnerships with the following institutions to provide students with progression on continuing education and professional employment:

ICOM is registered with the Malaysian Ministry of Higher Education.

All ICOM programs are accredited by the Malaysian Qualification Agency (MQA) - http://www2.mqa.gov.my/mqr/

In line with the College’s growth, we are looking to hire qualified individuals with professional work experience to join the staff team.

View the vacant posts below and apply to the Hiring Manager at hr@icom.edu.my with a cover letter, resume, biography, THREE (3) references and a portfolio of works to support your application.